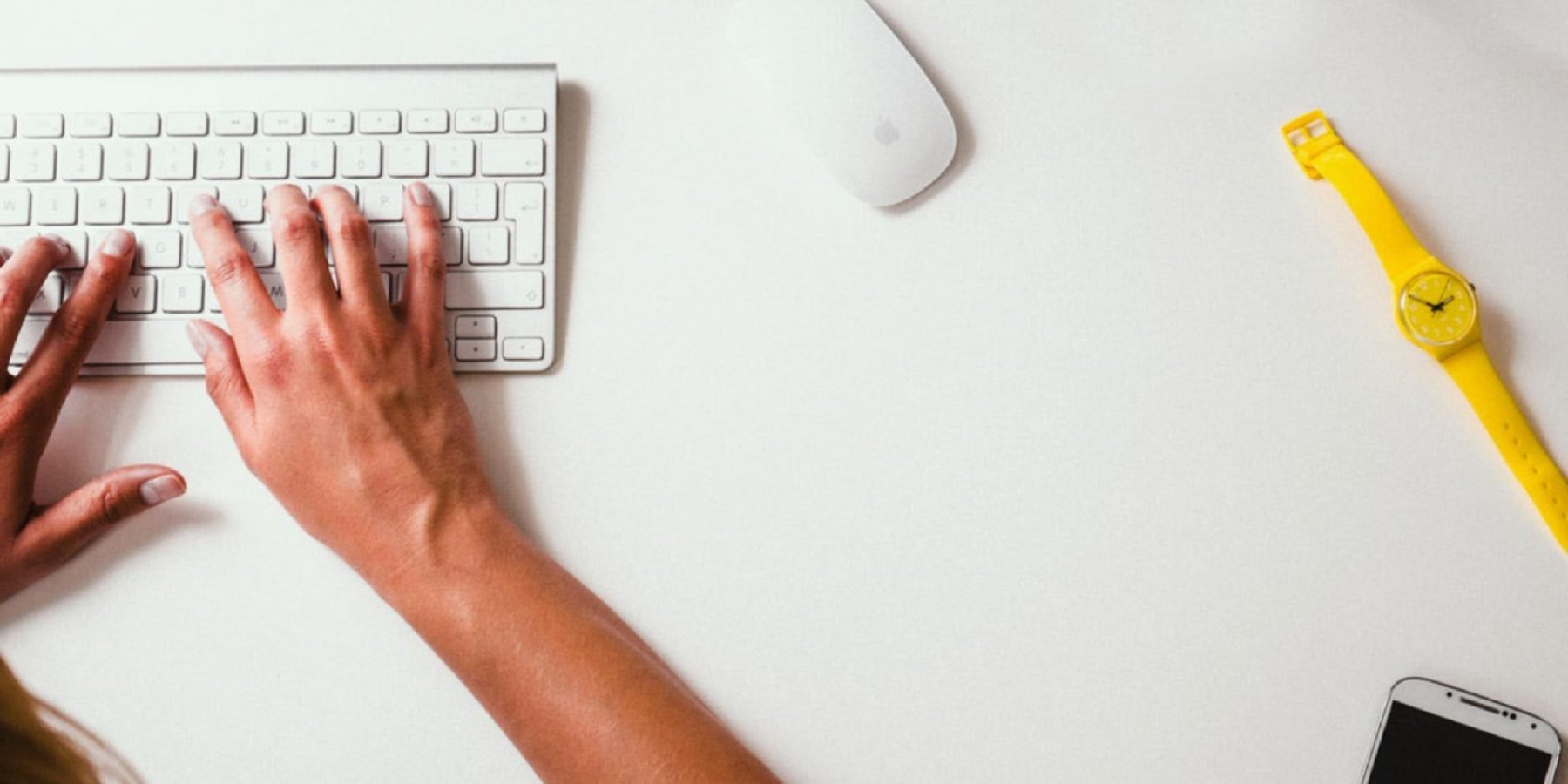 In Western Medicine, Carpal Tunnel Syndrome treatment options often involve pharmaceuticals, such as non-steroidal anti-inflammatory drugs or corticosteroids. However, these drugs are not without side effects and do not treat the underlying cause. Another treatment is surgery, which involves releasing the pressure of the median nerve by releasing the band of tissue around the nerve. This procedure is called “carpal tunnel release.” Unfortunately, surgery is not always a cure and symptoms can return.

In Chinese medicine, there are several factors that can be attributed to one having pain. Many times with carpal tunnel syndrome there is a stagnation of qi, or the life force of energy that flows through our bodies, which is causing the pain. There are 12 channels of energy that run through our bodies and the median nerve lies on one of the twelve channels. If there is a blockage in this channel, there will be pain. How acupuncture works is interesting. Fine needles, the size of a hair, are inserted into specific points along the channels and work to unblock the stagnated areas. When the stagnation is unblocked the pain is relieved. Along with acupuncture, sometimes Chinese herbals, rest, ice or heat, and exercises are suggested. How each patient responds to treatment depends on several things: how serious your carpal tunnel syndrome is, how long you have been dealing with the carpal tunnel syndrome, and how often you use your hands for activity or repetitive work.

In a clinical study which spanned over two years, 36 people who had carpal tunnel syndrome were observed on and off acupuncture treatments. Fourteen of these people had surgery and saw no results. Acupuncture treatments were given either weekly or monthly and by the end of the study, 33 people had their carpal tunnel syndrome disappear or at least cut in half, even those who had surgery that was unsuccessful. The pain only returned for two people two years later. Those two people were then treated again successfully with acupuncture.

Board Certified Acupuncture Physician and Doctor of Oriental Medicine

Why Dry Needling is NOT Really Acupuncture
July 16, 2019

Besides Pain, What Can Acupuncture Treat?
April 16, 2019
Recent Articles

Lakewood Ranch Acupuncture and Wellness
5.0
Based on 113 reviews

Beth Reynolds
23:12 03 Feb 20
I have been going to acupuncture for the past few years with Dr. Carter. It is an amazing experience, as it is so... relaxing and healing. I originally went for my ankle injury from running which was healed pretty quickly. If you have any stress or anxiety then you are going to love it. I look forward to every treatment and it helps me in so many ways. The B-12 shot gives me energy as well.read more

John M
21:12 29 Jan 20
I'm fairly new to acupuncture & cupping. I wish I had discovered the benefits long ago. The results have been amazing.... My back stiffness and minor pains are gone. I'm more relaxed than ever and have been sleeping great. Dr Carter and her staff are so professional and easy going. I would recommend Lakewood Ranch Acupuncture to anyone who is looking for a new way to treat, heal, and balance your body, mind, and soul. ♥️LRAread more

Cynthia Dudar
00:52 24 Dec 19
These ladies are the absolute best!! Very professional, friendly, clean and relaxing! Doctors offices are famous for... having people wait. These ladies have their scheduling perfected! No wait time! I suffer with Migraines and Dr. Carter has helped reduce them. It’s the best thing to ease your stress levels.read more

Kayla Kreitsek
21:44 21 Nov 19
If you’re looking for an amazing acupuncturist and just person altogether then Amanda is your girl! She is a very... passionate and loving person who will give you 100% of her heart and healing. We have built a very close relationship over the years and I highly recommend her for anyone looking for an acupuncturist.read more

Google User
12:22 07 Nov 19
I have been seeing Dr. Carter and Dr. Spafford for nearly a year now and couldn't be happier with the service I have... received. They are both extremely kind and caring individuals who actually care about your well being and what's going on in your life. They go above and beyond the standard of care. I always leave there feeling relaxed and happy! Thank you!read more

Mr. Stedman
10:18 29 Oct 19
I have suffered foot pain for most of my life. I have high arches and stretched tendons in my feet coupled with a mild... birth defect that has made long walks and standing all day difficult to say the least. Then I decided to try some focused acupuncture on my feet. 5-6 weeks in I can't even begin to tell you what a difference it has made in my day to day ability to walk comfortably. Dr. Adrianne Smith has been a blessing. Her knowledge of Eastern medicine and ability to target the pain areas are beyond amazing. Until I began these treatments, my only other option was a surgical procedure where an orthopedic surgeon wanted to break my foot, heal, and toes to cut and reset the ligaments in my feet. I am SO happy to say I rejected that option and went with the now proven and relaxing option of acupuncture at Lakewood Ranch Acupuncture and Wellness. I even used to wear a brace on my right foot for added support and that has ended. All I do on my end is rest my bad foot on a heating pad a few times a week at her suggestion. So if you thought acupuncture was just to treat your head, neck and back, think again.read more

hilda parajon
08:42 24 Sep 19
Dr. Smith and her team are well equipped to handle any ailment you may be experiencing. She is amazing! I had never had... cupping or acupuncture and was facing removal of my gallbladder. Happy to say I still have my gallbladder and no issues with it.. Only problem is I love the treatments so much that I just want to keep coming back for more. Thank you for all you have done. Your office and team rock!read more

Rebecca Humphrey
14:56 10 Aug 19
If you have ever thought about acupuncture and cupping, just take the plunge and DO IT!! It is a wonderful experience... that you NEED in your life. You immediately feel calmer when you walk inside. It’s a very nice office and so clean. I was having many issues with anxiety, stress, depression and neck/back problems. They have truly lessened so much because of Dr. Smith. She has been so wonderful to me and helped me more than I could’ve imagined. Dr. Smith is very knowledgeable, caring, calming, gentle, a great listener and wants to help you feel your very best. I’m so very thankful to have found Dr. Smith!! Thank you so much for helping me get my life back on track. I’m feeling really good and excited to begin a brand new school year with my 1st graders. Don’t hesitate ~ make your appointment today with Dr. Smith. I know you’ll love it as much as I do!!read more

Vicki Fernandez
17:34 25 Aug 17
Acupuncture has helped my chronic migraines. Dr. Dean listens and REMEMBERS what we have discussed. He has provided... me with a wealth of knowledge. I definitely recommend.read more

Nicole Samson
03:00 24 Aug 17
I am so lucky I landed Dr. Spafford the first time. She is so engaged. She truly wants to help by learning about you... and your needs. I thought I would just try it one day, and now I have to go once a week. The place is always welcoming, and Dr. Spafford is a true professional. Ask for her. You will not be disappointed. Jeramie Snellingread more

Kemira Denlea
23:57 20 Apr 17
It is an awe-inspiring thing to meet a person who is doing the thing he was born to do in this world. It is even more... awe-inspiring when that person uses his gifts to improve others' lives. Dr. Dean is that person. He is a natural born healer who has improved his skills with intensive training. And, on top of that, he is a genuinely caring and good person. Dr. Dean has an arsenal of skills that have taken me from sleeping 3 hours nightly to sleeping 6 or 7 hours a night, he has helped my dry eyes and my plantar fasciitis, and he has given me serious help as I have given up sugar in my life. I have enthusiastically recommended him to family and friends who love him as much as I do. Dr. Dean is a blessing; I am so thankful to have met him.read more

lynne swindler
20:16 05 Apr 17
Lucky me to have found Dr. Amanda Carter at LWR Acupuncture. I was skeptical of its benefits but when traditional... medicine failed me I opted to try this approach. It has been a wonderful experience, it has alleviated my pain symptoms, cleared my head, and allowed me to sleep well at night. Dr. Carter is kind and caring and can sympathize with the mentally draining effect of chronic pain. The office environment is clean and welcoming, and I look forward to my visits. Do not be afraid of the needles! I highly recommend this practice.read more
Next Reviews
Go to Top
Call Now Button