What Are the Medications Used to Treat Uterine Fibroids? 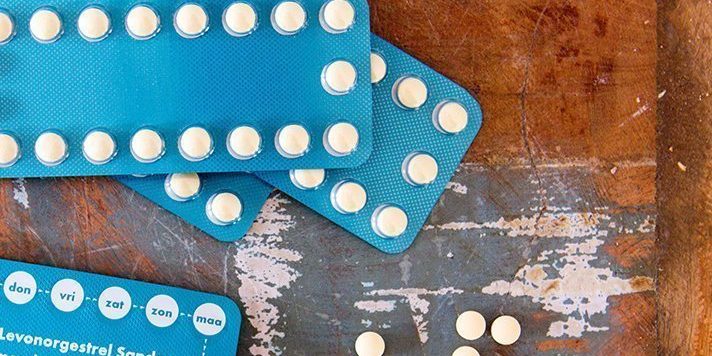 What are Uterine Fibroids?

Fibroids are benign tumors that are located in or around but a woman’s uterus. Many women rarely exhibit any symptoms and are surprised to find out if they do have fibroids. While some women are unaffected, fibroids can cause serious problems if not monitored. This article will highlight the diagnosis of fibroids and medications used to treat them.

Since fibroids do not typically show cancerous development, they usually go undetected. Fibroids usually develop in women of childbearing age. One in three women after the age of thirty-five is likely to experience fibrosis. Some symptoms to look out for would be a pain in the pelvis area or an unusual or heavy bleeding during a woman’s menstrual cycle. A woman may also refer to her family history to see if fibroids run in the family.

If your physician has determined that you have fibrosis, he or she may monitor the fibroids development over a period of time. Since fibroids are typically not cancerous, proper monitoring is crucial to ensure that nothing out of the ordinary happens. This would include fibroids increasing in size or evolving into cancerous properties.

One medication that may be prescribed to combat fibroids is birth-control pills. Birth-control pills limit excessive bleeding in addition to helping relieve menstrual cramps. These oral contraceptives prevent ovulation as well as decrease hormone production. Birth control pills are solely used to treat the symptoms of bleeding and cramps and do not increase the expansion of fibroids.

Over-the-counter drugs like ibuprofen can also be considered if a woman is experiencing higher levels of pain in the pelvic area. These drugs are typically mild enough to decrease discomfort. If problems persist, your physician may prescribe stronger drugs. Excessive bleeding during the menstrual cycle is also decreased by using this medication.

Uterine Fibroid Medications like gonadotropin-releasing hormone (GnRH) agonists can also be prescribed to treat fibroids. This medicine lowers a woman’s estrogen levels. By taking this medication, fibroids have shown the ability to shrink. Heavy menstruation is also decreased which means that less blood is lost and anemia is improved. A side effect for women on this drug would be experiencing hot flashes. A physician would typically prescribe this medication to remove fibroids before doing something invasive like surgery.

Another way to help with the side effects of fibroids is to have a Progestin-releasing intrauterine device (IUD) implanted in the uterus. This is often prescribed to reduce pain and discomfort in addition to halting heavy menstruation. IUD’s are also used for relief but this is temporary since they do not have the ability to shrink existing fibroids.

The last of the Uterine Fibroid Medications that a doctor may prescribe to treat fibroids is Androgens. This drug comes with a prescription and has a greater probability to shrink existing fibroids as well as ceasing menstruation. This drug is usually seen as a last resort so it is uncommon for doctors to prescribe this. The reason for this could be because of the number of side effects. Side effects associated with taking this drug would include weight gain, hair growth, anxiety and many other unfavorable circumstances.

Since many fibroids are noncancerous, it is best to observe the symptoms so that the fibroids do not expand. In extreme examples, doctors will also monitor their development and prescribe the necessary medicines for treatment.

If you’d like to learn the most effective natural treatment for fibroids, book an appointment today and read our blog post on Leaky Gut Solutions. As a holistic health practitioner and licensed acupuncturist, we work with our patients to find the most comprehensive, powerful, and effective ways to treat fibroids.

Besides Pain, What Can Acupuncture Treat?
April 16, 2019
Go to Top
Call Now Button